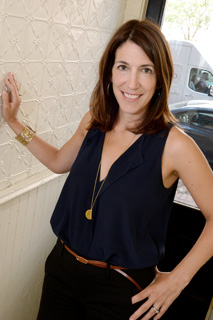 Abby Greensfelder is the founder and CEO of Everywoman Studios, a full-service media company with a mission to tell female-focused, female-driven stories creating positive cultural impact.

A former network executive and production company head, Greensfelder launched Everywoman after seeing the massive gender gap in the entertainment ecosystem. She founded Everywoman Studios to address this gap via high quality and commercial content, while also partnering with premium brands and spearheading comprehensive impact campaigns around important issues.

The company’s first feature documentary, LFG, chronicles the U.S. Women National Soccer Team’s fight for equal pay, following teammates and international icons Megan Rapinoe, Jessica McDonald, Becky Sauerbrunn, Sam Mewis and Kelley O’Hara, among others. The film had its world premiere in 2021 at Tribeca Film Festival before launching on HBO Max. Greensfelder and the Everywoman team also have series and other features in the works for myriad networks and streamers, including premium cult docuseries Apostate.

In addition to rapidly building Everywoman’s content slate, in 2020, Greensfelder launched “Propelle” – an accelerator program for female creators – in partnership with Realscreen.

Everywoman Studios is Greensfelder’s second entrepreneurial venture. She is the co-founder of Half Yard Productions, an award-winning production company specializing in non-fiction series and documentaries, including the global hit franchise Say Yes to the Dress (TLC), fan favorite How the States Got Their Shapes (History) and the critically acclaimed The Last Alaskans (Discovery). In 2014, Greensfelder spearheaded the company’s acquisition by Red Arrow Studios (part of ProSeibenSat.1 Media SE).

Prior to starting Half Yard, Greensfelder was senior vice president of programming and development for Discovery Channel. Under her direction, Discovery launched many of the network’s signature programs, including Deadliest Catch, Dirty Jobs, MythBusters, and the award-winning Planet Earth. While at Discovery, she was named one of The Hollywood

Greensfelder holds a bachelor’s degree from Yale University and an MBA from the Wharton School at the University of Pennsylvania. She serves on the board of the Alliance for Women in Media and is a limited partner at Rethink Impact, a venture firm investing in female-led businesses. A native Washingtonian, she is a keen photographer and a married mother of two very lively girls. 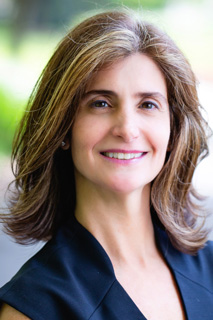 Sara Yerman is a veteran of the non-fiction television content industry. Prior to joining Everywoman, she was VP of Finance for National Geographic Studios where she oversaw the financials of both the television content and giant screen film production/distribution units. Before that, she served as Sr. Director of Finance for Discovery Studios. There she overhauled internal financial and operational systems and grew the studio’s production department to $30M worth of original long and short form content annually 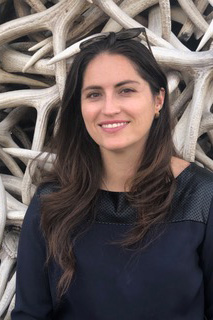 Abby Rodriguez is a director, writer and documentary film producer. Prior to joining Everywoman Studios, Abby worked at National Geographic producing on series like Explorer and developing series like EAT: A Story of Food and was VP of Development for Natural History New Zealand’s US offices. Abby is also working on several independent feature doc projects and is based Washington, DC.